Glimpsing the future of processing 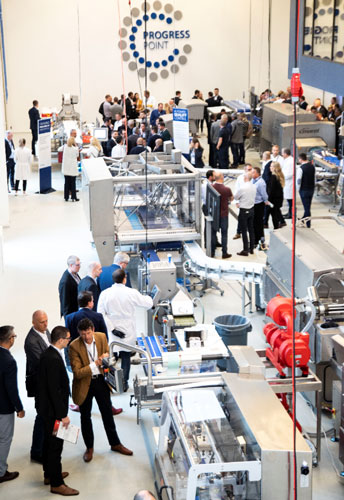 Marel, a leading producer of sophisticated equipment for the fish processing industry, held its annual demonstration of machinery for whitefish processing at its dedicated demo centre, Progress Point, in Kastrup close to the Copenhagen airport. The event brought together existing and potential customers from all around the world as well as partners, Marel employees, and representatives from the press. The guests were treated to a day of equipment demonstrations and presentations both by Marel employees and external experts about some of the important trends shaping the future development of the industry.

This article was featured in EUROFISH Magazine 6/2019.

Welcoming the visitors Sigurdur Ólason, EVP Marel Fish said that Marel was committed to the sustainability and affordability of fish not just now but also in the future when the world’s population is estimated to reach 8.5bn in 2030 (9.7bn in 2050) up from 7.7bn today. The way the company will achieve this is through innovation, an area in which it invests heavily – EUR70m or 6% of total revenue in 2018 ­– as it becomes increasingly apparent that innovation is what will solve the multiple challenges, which include not only building smarter machines, but also responding to wider environmental concerns, such as global warming, facing companies today. Marel uses the UN’s Sustainable Development Goals to guide the development of its machines so that they are made carbon neutral, reduce waste, use less energy, and deliver higher yields while not compromising food safety or quality.

Industry in general is facing new opportunities with the launch of Industry 4.0 and the technologies it encompasses including machine learning and artificial intelligence (AI), the internet of things (IoT), and big data. Marel anticipated this development and its machines have been collecting data for years. This information goes into teaching machines, for example, to recognise gaping in a fillet, or to cut flatfish. This also has the effect of making the equipment more autonomous and capable of taking decisions itself, while humans have gradually adopted a more supervisory function. There is no doubt that automation is becoming not only more widespread but also more intelligent, which will be welcome in areas where labour is in short supply. By investing heavily in digitalisation, AI, and big data, Marel is simultaneously both responding to and driving trends in the industry it supplies. And to further assist its customers, new software will soon be launched that will run not only on its equipment and in the Cloud, but on all the client’s devices – smartphones, laptops, etc., promised Mr Ólason. Marel is determined to stay abreast of future developments in the industries it serves, and as Mr Ólason concluded, quoting Peter Drucker, the only way to predict the future is to create it

Digitalisation has numerous advantages for processors

In another intervention Freyr Thórdarson from DNB, a bank, reported that seafood was a globally traded product with a value of some USD150bn per year. He suggested that there was a disconnect between the cost and the price of seafood on the market, which he attributed partly to a complex value chain for seafood, which tends to add to price inefficiencies, as well as fragmentation in the industry. A large proportion of seafood companies are family owned and owner driven, and companies like this traditionally find it difficult to attract the funds necessary to grow to the necessary scale, where production costs can be reduced, though, he added, this is likely to change in the future with more consolidation. Mr Thórdarson named several megatrends which are going to affect the seafood industry over time. Among others, these include global demographic development that points to greater numbers of older (and wealthier) consumers, which is good for the seafood industry as this group tends to eat the most seafood. On the other hand, retailers such as Amazon and Alibaba with their close relationship to consumers could reduce producers to mere manufacturers of commodities. To counter this he suggested producers digitalise, use different platforms to promote and market their products, and create stories about them both to inform customers and to differentiate their products from others on the market. He argued that digitalisation could not only lead to better marketing but might also make the sector more attractive for younger workers – particularly important in the seafood industry, where the workforce is greying rapidly.

One of Marel’s solutions to this is in the development of robots. Already palletising and depalletising robots are being deployed while pick and place robots are used in processing lines, said Adalsteinn Viglundsson, Innovation Program Manager – Robotics at Marel. The latter are essentially robotic arms that have a gripper at the end that can pick a portion of fish off a conveyor and place it, for example, in a thermoformed box. Grippers are designed for the task at hand, those used for placing salmon, for example, are different from those used for whitefish portions, while those for meat are different again. Marel is experimenting with robotic solutions for a variety of reasons: the general shortage of labour in the fish (and other food) processing industry; the need to spare workers from doing difficult, strenuous, repetitive or dangerous work; the greater food safety which comes from less manual handling of the product; and finally the improved yields, efficiency, and consistency that robots can bring to a processing operation. However, robots are not as widespread in the food processing industry as they are in other sectors such as the automobile industry. This is partly because the products robots have to deal with are not uniform. Unlike Lego bricks, pieces of fish are different shapes, sizes, consistencies, temperatures, and densities. But the main issue is the environment in which the robots have to operate. The machines have to be built to withstand wetness and humidity, harsh cleaning materials, and in addition they need to be made with stainless steel and other food grade materials, which are not commonly used for robots.

Another area in which Marel has invested is virtual reality (VR). Using this technology Marel has significantly shortened the time, from weeks to hours, it takes to get feedback from testing an idea. Instead of actually building a prototype the idea can be tested on a virtual factory floor, the bugs identified and corrected, before being tried on a physical model. For customers this is particularly useful as it allows them to test different production strategies, solve the issues that arise, and then deploy them. One section of the demonstration area at Progress Point was dedicated to virtual reality, where visitors could don a VR headset and step on to a factory floor. Marel engineers can use this tool also to plan the layout of a building that will house processing machinery making it easier and faster (and therefore more economical) to assemble the equipment.

The trade-off between sustainable packaging and food waste

Marel is also looking at sustainable solutions that meet expected demands from regulators on recyclability and the circular economy. To this end it is partnering with Sealed Air, a manufacturer of flexible packaging solutions, Darfresh on Tray packaging solutions, and Ulma for flowpack lines and sealable materials. Gonzalo Campos, Senior Fish Marketing Manager Europe SealedAir Food Care, points out that packaging materials being developed by the company are designed to protect food and thereby increase shelf life and prevent food waste. Regulatory pressure is pushing his company is invest in technologies that allow them to reduce the thickness of the packaging without compromising its functionality. Regulation is also pushing the industry to use mono-materials. Films are often composed of different layers each performing a different function. One might be a barrier against moisture, another against oxygen, a third against pathogens, while a fourth may give adhesion and flexibility. The problem arises when trying to recycle such films as they use different materials to achieve the various purposes. Mono-materials, as the name suggests, are made of the same material and are therefore much easier to recycle and meet official requirements for reusing materials. However, while this may facilitate recycling, manufacturers point to a trade-off between the use of materials that can be easily recycled on the one hand, and food protection and shelf-life on the other.

The 900 sq. m demonstration centre displayed several full lines as well as independent machines including a trimming flowline for farmed whitefish such as seabass, seabream and tilapia that sent data to Marel’s Innova production control centre to monitor and improve quality and productivity. Machines for the automatic removal of pinbones as well as for battering and breading, a way of valorising products that may otherwise only be used for low value purposes, showed off their capabilities. By combining equipment demonstrations with thought-provoking seminars the Marel Whitefish ShowHow reveals its vision of tomorrow’s fish processing industry.

At Marel, engineers have been working with sensing technologies such as 3D cameras, x-ray machines, and colour sensors as well as AI and machine learning. Mr Viglundsson went on to emphasise the importance of collaboration with the company’s customers, processing firms, to draw on their knowledge and experience of processes like deboning, filleting, or pin-boning and to incorporate it in the equipment. Marel also works with companies that are experts in areas that are relevant to robotics (sensing, for example), pulling together the knowhow from specialists in different fields and tying it all together into one smoothly functioning application.

Tagged under
More in this category: « SALMCO Technik celebrates 35th anniversary Reduce plastics and waste with sustainable labelling and banding »
back to top 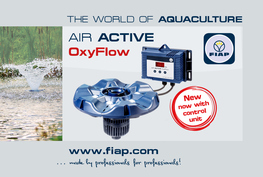