European expertise in farming and processing could benefit sector in Uzbekistan 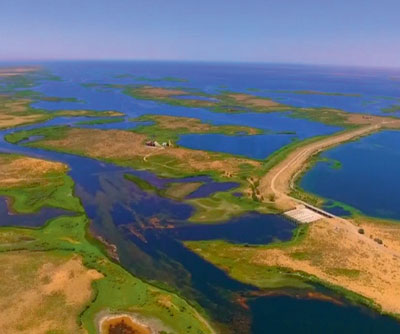 This article was featured in EUROFISH Magazine 1/2020

Fish production in the Republic of Uzbekistan comes primarily from inland capture fishing and fish farming. The latter is mainly the extensive pond production of silver carp and common carp, but plans are afoot to expand this to other species using water-conserving technologies.

Uzbekistan is a landlocked country situated in the middle of Central Asia and has an area of about 450,000 km2. The country has a typical inland climate with marked seasonal temperature fluctuations, i.e. hot summers and cold winters. The average temperature in summer is about 27 оС often rising to more than 40 оС in the daytime, while the average temperature in February is -6 to -8 оС.